V GF NF SF
Did you love weetbix as a kid? If so, bring back a bit of nostalgia to your brekky with these creamy banana bread weetbix. Soft banana-infused weetbix, topped with creamy yoghurt and crunchy maple cinnamon walnuts.
Prep Time 5 mins
Total Time 5 mins
Jump to recipe Did you love weetbix as a kid? If so, try this nostalgic number for brekky this week. Creamy banana-infused weetbix topped with rich coconut yoghurt, fresh sliced banana, and the most moreish maple cinnamon walnuts.

When someone told me there was a trend going round the social-spheres of soaked overnight weekbix, I couldn’t resist creating my own version. Given I pretty much spent five years of high school eating weetbix with milk and sugar, it feels like a bit of a home-coming too.

The trick with mine though – no overnight soak needed. I do a quick instant soak with boiling water, then layer the toppings, so you’ll only need 5 mins to prep them in the morn. Have them warm, or pop them in the fridge to chill – either way they’re surprisingly delicious.

Watch my 1 minute vid below, then give them a try this week! I’d love to hear what you think.

What are Overnight Weetbix?

Trust me, I thought the same thing. Overnight weetbix? Who would ever. But when I looked up a few recipes and tried them myself, I realised this could actually be a super tasty way to vamp up your brekky routine, especially if you’re a weetbix fan to begin with.

Most recipes for “overnight weetbix” do just that – soak weetbix in some milk and sweetener overnight, then in the morn, layer them with flavours like a parfait. Little do they know though, you don’t actually need to soak weetbix overnight (like you do with oats). They’re so soft and tender, you can do a quicky soak in hot water or milk, and achieve exactly the same texture, without the 12 hour wait.

How to Make Banana Bread Weetbix

So how do you make these weetbix? Hark back to my 13 year old self, and I would just pop two weetbix in a bowl (three if I had an exam), then pour over just enough boiling water to cover them. Once they’d fully soaked up the water (a minute later), I’d add my milk, then sprinkle liberally with every child’s favourite – sugar.

25 years later and I’m a little more clued up in my nutrition choices, so in this recipe have dropped the blue cow and sugar dousing, in favour of some more health-inspired additions instead.

I brainstormed up quite a few flavour combos for these – chocolate hazelnut, peanut butter and jam, apple pie, or snickers. But given the intention here is for this to be a brekky dish, and personally I don’t eat chocolate in the morning (even though I know plenty of recipes will tell you “this chocolate is so healthy, you can eat it for brekky!”), I decided on a warming banana bread inspired combo instead.

But are Weetbix Actually Healthy?

Despite any reservations you might have, weetbix (otherwise known as weet-bix in NZ, weetabix in the UK, or just wheat biscuits), are actually a pretty healthy option for breakfast. Compared to the sugar soaked rice puffs, cocoa puffs, and even many supposedly health-positive mueslis and granolas, weetbix are very low in both sugar and contain no added oils. Here’s a quick snap of the ingredients list:

In other words, mostly wholegrain wheat, with just a little sugar, salt, and barley malt for flavour, and some extra B vitamin and iron fortification for energy. You can even now buy weetbix in organic, multi grain, hi-bran, and gluten free varieties. Any of these, or the originals would be my top picks.

Nutrient wise, two weetbix are going to give you 4 grams of protein, 3 ½ grams of fibre, and less than 1 gram of sugar (which I clearly offset in my sugar dousing days). Not bad for a cost effective option that you can find in virtually every small town dairy.

How to Serve These Banana Bread Weetbix

On their own, for brekky, of course. But I’ve actually also been enjoying leftover bowls of these for afternoon tea, or dessert with a scoop of vanilla ice cream too. Don’t knock it. It’s quietly rather delicious.

If you make multiple serves of this recipe, and it’s only for you, stop after the yoghurt spread and chill the leftover portions in the fridge. They’ll last happily there for 4-5 days. Then in the morning, all you need to do is top with your fresh sliced banana and maple cinnamon walnuts.

If you try these Banana Bread Weetbix, do let me know! I love hearing from you. Leave me a rating and comment below, or tag me @begoodorganics on Instagram. I can’t wait to hear what you think.

Did you love weetbix as a kid? If so, bring back a bit of nostalgia to your brekky with these soaked banana bread weetbix. Soft banana-infused weetbix, topped with creamy yoghurt and crunchy maple cinnamon walnuts.
5 from 1 vote
AuthorBuffy Ellen Gill
Servings 3
Pin Recipe Print Recipe
Prep Time 5 mins
Total Time 5 mins

Did You Make This?

I can’t wait to see your creations! 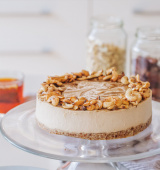 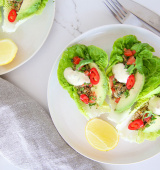 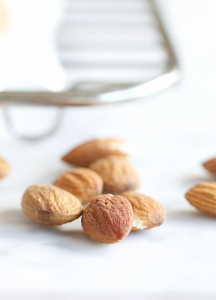